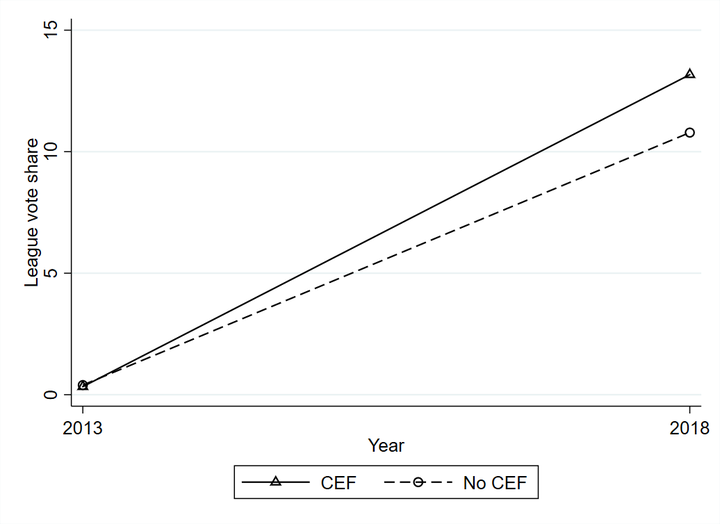 Under what conditions can legacies of past violence shape political behavior? We propose a theory of how war victimization defines attitudes over the long-run, and how these can be activated by changes in the political environment. We argue that exposure to violence by members of a different ethnic group generates hostility that spills over other outgroups; this latent hostility resonates with nationalist appeals to ingroup (national) identity against non-nationals. As a result, nationalist appeals transform latent attitudes into political support, leading to different behavioral patterns among victimized communities. To test our theory, we use a historical case of indiscriminate violence against civilians by French colonial troops in central Italy during the last phase of World War II. Using data on electoral outcomes and party platforms over the full post-war period from 1948 to 2018, we show that parties which increase the nationalist content of their electoral manifesto gain more votes in formerly victimized communities, compared to otherwise similar communities. We also discuss these dynamics in qualitative case studies of party repositioning, such as the transformation of the regionalist party Northern League into a radical right party with strong nationalist appeals. We show that the results are not driven by pre-war differences in political preferences, or in socio-economic characteristics.